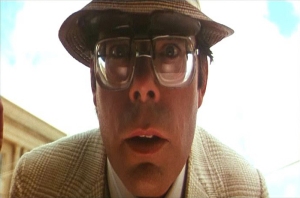 According to his online bibliography, this human word processing machine published 14 books in the years 1980 to 1989. That’s a lot of words, and he’s never, ever slowed down, save for a couple of years when he had an unfortunate encounter with a wayward mini-van. His output since the 80s: 12 books in the 90s, 12 books in the Oughts and 6 so far in the 2KTeens.

I find this remarkable, especially since many of these books are 500+ pages long. A sobering fact for anyone who’s struggled to write a 176 character tweet. (It took me two hours to compose my congratulatory tweet to Iggy Azalea when she won the MOJO magazine Young Artist of the Year award last year

I’m personally partial to his 70s output. He made his name in that decade with some top-quality work. Books like Night Shift, Carrie, Salem’s Lot, The Dead Zone, The Shining, and his post-apocalyptic masterpiece The Stand bossed the Best-Seller lists of the time like Randall Flagg battering Lloyd Henreid’s mind. But we are here to talk about the 80s. To me, the decade started off pretty weak–Firestarter was more of a damp squib in my eyes. Cujo’s claustrophobic canine horror show was a gripping return to form and Christine and Pet Sematary are prime King. I mean, the latter has a dead baby as one of the main characters, for God’s sake. When you can move over a million books with a subject like that, you are pretty much untouchable. He then decided to do a collaboration with Peter Straub–the result, a would-be epic entitled The Talisman, turned out to be a bore. Sometimes, one head is better than two.

King came back strong with the seemingly 7,000 page long It. I actually never read, um, it, but I did see the mini-series, and any book that leads to a man named Tim Curry playing a clown called Pennywise on national TV deserves one of them there Nobel thingies.

By then, I was losing interest fast, but I remember giving Misery a shot and enjoying it. “Hobbling”–what’s not to like?

I’m not sure about the rest and by rest, I mean the 30 or so books that followed. I’m sure some of them are pretty decent reads, I just don’t have enough time left to figure out which ones they are.

I’m going to cheat a little here, because this movie was actually released in 1979, but I may not have seen it until 1980 when it was broadcast on HBO. Or maybe it was “late ’79” when I saw it. But let’s not split hairs over such technicalities–it’s going to be a fun entry, I promise!

If you were a teen or pre-teen or even an adult with a love for mayhem back then, seeing the trailer for this movie was a form of torture, because you wanted to see it right that very moment, and not three months or so in the future. It was tantalizing stuff. All those different gangs! Chasing after one gang! Across the five boroughs of New York! All in one epic night!

Thankfully, the movie lived up to those lofty expectations, and then some. Every single gang was cool as shit, some more than others. I’d say the dudes in overalls and roller skates were the least coolest and the Baseball Furies the coolest, although man, those pinstriped greasepaint fanatics were just about the worst brawlers ever. You guys have BATS fer Chrissake! The military-like ruthlessness of the Gramercy Riffs was downright scary while the Turnbull AC’s looked like the entire CBGB’s Sunday afternoon hardcore matinee had just hijacked a school bus with “trouble on their mind.” Each gang had its own personality and mythology–it was like The Lord of The Rings for kids who would never tolerate those kind of effete fairy tales. (For the record, I loved both.)

I used to have dreams about being asked, nay, demanded, to hang out with The Lizzies (who thought that name up–the scriptwriter’s 11 year-old son?) at their clubhouse just like The Warriors did and you can pretty much guess how those dreams invariably ended–with some very untidy tighty whities!

The Warriors themselves, what with the tight jeans and leather vests over bare chests, looked like their home turf should have been Christopher Street instead of Coney Island, but I guess those issues were being addressed that same year by Al Pacino over in Cruising. In any case, they managed to be some pretty likeable guys. You rooted for them, even though they weren’t exactly pillars of society.

And who, exactly, were you rooting against? Well, the actor had three names–just like a serial killer–and his character’s name was Luther. David Patrick Kelley put the “scum” in Scumbag for this one, and his demented, finger bottle-playing, sing-song “baiting call” is still quoted to this day by people as diverse as Ruth Bader Ginsburg and Bubba Watson. And when the Riffs slice him up into chum, you stand up and cheer.

The influence of this movie is very real and lasts to this day. I once ventured out to Sheepshead Bay in hopes of saving $50 on a Marin hybrid bicycle I had my eyes on. I was in enemy territory, although I didn’t know it at first. I found out pretty quickly when a football, zipped in a tightly thrown spiral, smacked me right in the temple. It was off the arm of the leader of a gang called the Football Elis, a modern-day knock-off of the aforementioned Baseball Furies. They wore shoulder pads over their wife beaters, baggy jeans and Breathe-Right strips on their noses. I quickly scurried back to the Q train, dazed and frightened, and bought my damn bike in Manhattan. It cost a bit more, but at least I was back among the safety of my own “home gang”–the Soho Ciprianis. Our clubhouse is on West Broadway near Broome–stop by sometime and have a Bellini!

In 1985, you could buy a pair of brown Timberland 3 eye boat shoes for about $75. They were sewn together, by human hands, somewhere in New Hampshire. They were great shoes. If you were a person who actually spent time on and around boats, they were functional and durable. If you were a drunken college student, staggering across campus to that night’s keg party, they were fashionable and durable. If you were a Yankee Grandpa who walked your Jack Russel the half mile into town to get the Union Leader each morning, they were dependable and durable. I had a pair that I wore 4-5 times a week for about four years straight. By then, they were broken-in to perfection, although the razor-cut sole had worn down as smooth as the underside of a bowling shoe. Still, all the stitching remained as tight as Randolph Scott and Cary Grant. And of course, every little crease and scuff and nick in the leather had a story to tell. Like I said earlier, they were durable. I wore them a lot less after college, but even ten years after their purchase date they were still functional. It baffles me to this day where they eventually “went.” I know I would never consciously throw them way. At least I hope I wasn’t that stupid. But they disappeared at some point. I miss them!

$75 in the mid-80s wasn’t outrageously expensive, but it was still pretty far above the mean most people were plunking down for footwear. This particular shoe was about the same price as the first Air Jordans, although with the Timberlands, you could sleep better at night knowing that they were made by American craftsmen being paid a fair wage and not 9 year-old Asian kids working for pennies a day while glue fumes inexorably feasted away on their brains.

The point is, to buy these shoes back then was to purchase something that was worth it. Getting what you pay for, and all that.  A product you could rely on, offered at a fair price. Stop me if you’ve heard this one before, but sadly, at some point in the late 80’s and early 90’s Timberland and Cole Haan and L.L. Bean and Johnston & Murphy and Sperry and dozens of other American footwear makers shifted their production overseas. This all happened within about a five year window. Monkey See, Monkey Do. What once were worthy products became disposable rubbish.

If you’re really paying attention, and most people aren’t, because, why bother–there’s been a bit of a mini-revival in the Made In The USA footwear market recently. That’s all well and good, but upon closer examination, it comes up a bit short in the value department. $75 in 1985 money translates to $165 today. And yet, American-made boat shoes from Sperry and Eastland are running $300 bucks right now, or basically twice what they used to in terms of real money. Timberland, whose shoes were better than both of those brands back in the day, doesn’t even offer a domestically-produced boat shoe as far as I can tell. What was once a solid value is now a hyper-inflated fashion statement. But, hey, at least it exists.

Not for the first time, it was the USA Network’s Night Flight that shined the light on “something new” for me. I owe that show a lot. One late Saturday night they played the video for “Dumb Waiters.” It was about one a.m. or so, and I should have been sleeping after a night of break dancing in the center oval at the local roller rink with four-pound wheeled boots laced to my feet, but that wasn’t the case. Fourteen year-olds have something called LIFE running through their veins that moves like a particle through the Hadron Collider, while adults must make do with the lower-cased “life”–a cholesterol and plaque-riddled sludge that moves through the body like peanut butter through a straw. It’s unavoidable, really.

In any case, the music and visuals grabbed me like a school truant officer collaring some delinquent down at the pool hall. A saxophone groaned over a plodding beat while twin guitars churned like a couple of Evinrudes in brackish water.  And yes, even my green ears could hear that the singer owed a lot to Bowie, but what the heck is wrong with that? It’s better than watching a band with a singer who owes a lot to Christopher Cross, don’t you think?

The very next day, I tagged along with dad on a trip to a hardware store situated in a four block long strip mall that also happened to contain a retail outlet called Oasis Records. They had what I was looking for, an LP called Talk Talk Talk. Its their best record. The first, self-titled one is pretty good, but not the never-to-be-surpassed peak certain deranged Psych Furs “purists” would have you believe. They were still finding their footing on that one, like Cocteau Twins on Garlands. Forever Now is just shy of Talk Talk Talk’s greatness–Todd Rundgren was an inspired and salutary choice as producer. Mirror Moves is listenable, but a big step down–the AOR disease Simple Minds would also succumb to is creeping in fast. Midnight to Midnight I can’t really tolerate, although I do love the synth horns on “Heartbreak Beat.” They were a spent force by then, even stooping to re-record “Pretty in Pink” for a John Hughes movie soundtrack, and it’s a travesty. (The re-recorded song, not the flick) Whatever happened after that I don’t know about.

If you go watch the original “Dumb Waiters” video on YouTube, you’ll see that it only has about 24,000 views. This seems criminally low to me, a neglect I really don’t understand. I saw a Richard Butler-led hodge-podge version of the Furs perform Talk Talk Talk in its entirety in 2011 to a packed house at Slim’s in San Francisco and it was exhilarating.  It’s a record that still ranks in my top 50 even today.